What is the Line Cutterz Zipper Pull? 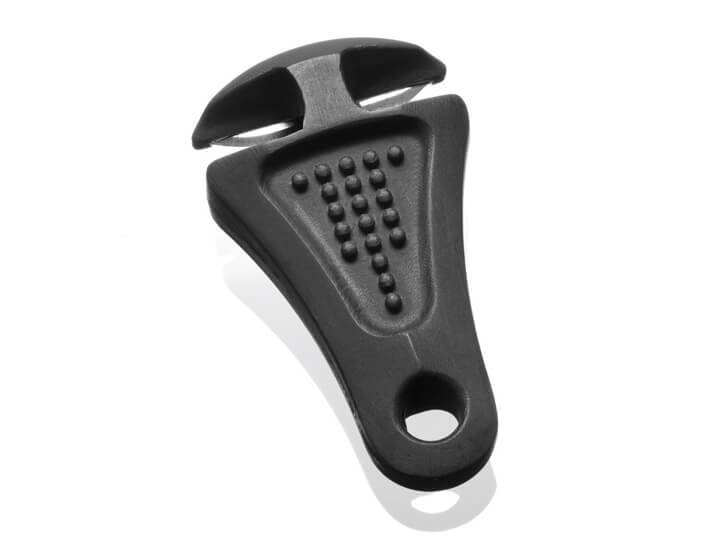 You might be familiar with the name Line Cutterz from fishing shops or the show Shark Tank. Being based in Texas, I became familiar with Line Cutterz before the television show, back when it was just Vance Zahorski selling rings that cut line. Unfortunately for me, the ring was never my thing. I ended up mounting it on a seat in my kayak. I often wear gloves and also have a skin issue with my hands which doesn’t allow me to wear rings much at all. That brings us to the Zipper Pull.

I ran into Vance at ICAST and we chatted for a bit. He agreed to let me try one of these hard to get Zipper Pulls (they’ve been sold out most places) and give some feedback. I have managed to find a place with some in stock so if you read the review and want to buy one, click here to buy a Line Cutterz Zipper Pull. 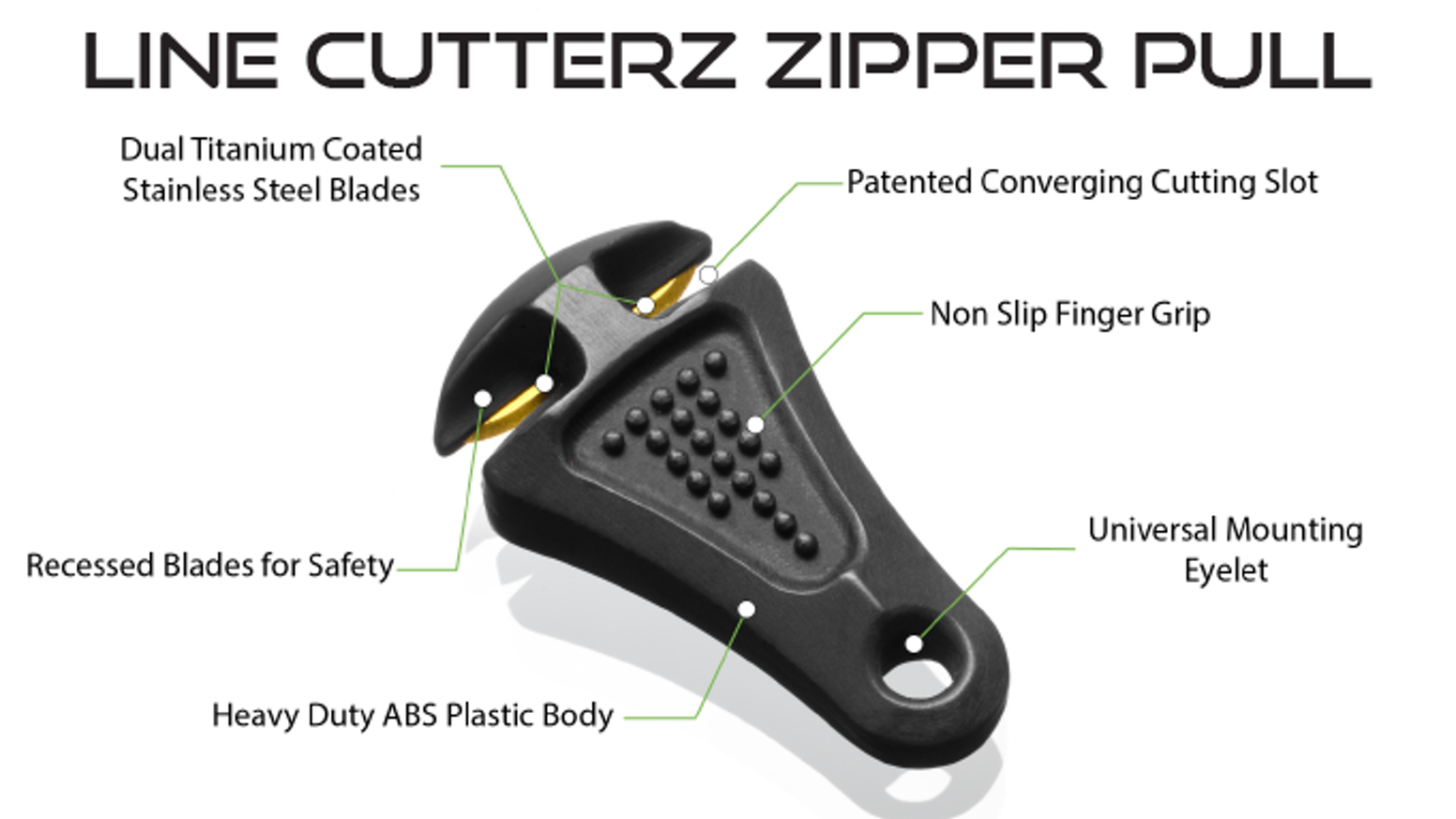 The recessed blade is mounted in a redesigned cutting slot for even closer cuts. The heavy-duty ABS plastic body with textured non-slip grip provided long-lasting dependable use. It can cut braided line, monofilament, and fluorocarbon – right from your zipper.

Integrated non-slip finger grip for ease of use

What it can do

The Zipper Pull from Line Cutterz cuts line. I’ve done endless testing with it and I’ll never be using line too thick for the Zipper Pull to cut. I took 65lb braid, doubled it over on itself twice (so four times the thickness of 65lb braid) and the Pull cut it with zero effort.

The redesigned curvature allowed me to get really close up to trim a knot or cut an old knot off of the split ring on a bait.

I really appreciated the thickness of the Zipper Pull. I have large-sized hands that get closer to sausage fingers every day. With a thicker Pull to grab onto in addition to the grip texture built-in, even big, and even wet hands can cut line without issue. No-slip, lots of grips.

Being a Zipper Pull, Line Cutterz has basically given an out of the way, barely noticeable way for you to have a line cutting solution that you won’t drop into the lake because it’s attached to your PFD or cooler, weighs a lot less than a pair of pliers and is less dangerous than cutting scissors or snips.

Attachment points can be tricky. If you only use the included split ring, it puts the Zipper Pull close to a zipper or loop which can be problematic if you are wearing it. I need room for my big mitt to get the Pull at the correct angle and I don’t necessarily want a bunch of treble hooks that close to my lifejacket which has a tendency to try to be impaled at every opportunity. I’d recommend attaching the Zipper Pull with a piece of paracord about three to four inches long, to the zipper mechanism of your PFD or tacklebag. This will give you a little more play so you can get just the right angle.

The split ring isn’t heavy duty so if you get a good tug on it for some reason it can stretch it out. That little piece of paracord fixes that problem and saves you from having to find those split ring pliers you bought when KVD said to replace all your hooks (that you haven’t used since).

You can buy a pair of snips, scissors or other cutting device but you’ll always have to keep up with it. A Line Cutterz Zipper Pull fixes a lot of hide and seek issues as well as stab prevention. For $15, an always on you solution to cutting line is pretty good. And frankly, it cuts a lot better than those $15 braid scissors ever did.